Marital Affair Reviews: You Won’t Get Laid There

Are you looking for a marital affair? Is your marriage not fulfilling you sexually, or are you looking to experiment and bring some excitement into your life? If so, then don’t use MaritalAffair.com. Even though this site carries this name, it won’t bring you even close to getting what you want.

There are a lot of platforms advertising as affair dating sites, but not all of them deliver what they promise. Even though we’ve seen worse, Marital Affair is far from good, and we don’t suggest wasting your time on this site if you’re interested in married dating.

If you want to learn why read this comprehensive review and see what our experiences were.

Signing up on Marital Affair

When it comes to signing up on Marital Affair, the sign-up process is simple. We don’t really have any complaints about it. You simply go to the site, click on the “Sign up” button, and fill in a couple of fields.

All that is required is basic information like your name, gender, email, your interests, birth date, and so on. There is nothing unusual about it, and you can sign up in a couple of minutes.

You will be asked instantly to upgrade to a premium membership, which we’ve done right away to see how all of the features work on Marital Affair. There aren’t any red flags when you go through the process, so it’s business as usual.

How Marital Affair is Advertised

Marital Affair says that the site is secure for all users. After all, if you are going to have an affair, your online dating is an especially sensitive topic. Simply put, you don’t want anyone to find out that you’re getting something on the site.

This is one of those cheating sites that are supposedly safe, but is it really? No. The site also says that they have millions of users, but once you start using it, you quickly realize that this is just a random “sexy” number that they’ve pulled out to deceive people.

However, this is not that much of an issue as you just won’t be able to hook up with anyone. On the other hand, those security issues can make your life miserable.

So to sum it up, the platform promises secure affair dating, but in reality, you get a very small number of users and an unsecured membership that might turn your whole life around.

People who are looking for affairs aren’t looking to have drama with their spouses, they want a bit of fun on the side, and this isn’t something that you’ll get on this site.

When you visit, the site chances are that you will see some sort of a promotional offer. This happened to us when we checked out the site and thought to ourselves, “why not?” We also saw these promotions on many other sites related to married dating.

We saw a couple of versions, and some of them were offering coupon codes while other ones offered discounts. However, when you click to get the promotion, you quickly find out that you will have to subscribe to get one.

It means that you will instantly have to pay for a premium membership. On top of that, you will have to sign up for automatic renewals. Why? Well, it’s quite simple (according to the site), “you will get your promotions renewed automatically as well.”

However, this is only baiting people who don’t have experience with dating sites and haven’t ever done anything similar. In the long term, they just want to secure your subscription and give you promotions that don’t mean anything.

As we mentioned earlier, Marital Affair claims that they have over a million active profiles on their site. We used this platform for about a week, and we saw no activity whatsoever and just ghosts of profiles simulating some sort of activity.

The site might have a million profiles, but most of them are bots, fake profiles, and private investigators. What’s the worst thing about it all is that the profiles seem believable at first. Even for us, with a lot of experience of reviewing these kinds of sites, it was difficult to figure out what’s going on.

We had to dig up relevant information to actually figure out the member structure. In reality, Marital Affair doesn’t have more than 100,000 users, and a lot of them are single people and users that just want to hook up online.

Simply put, the user base doesn’t reflect what the site is advertising and doesn’t offer any married dating. It’s basically a shady community where people don’t have clear intentions. They will just waste your time.

While testing out Marital Affair, we realized that there are a lot of private investigators. They put in a lot of effort in hiding themselves and coming off as real people looking for affairs. These people have two goals:

That’s why we concluded that a lot of them aren’t even private investigators. They are just some random people who don’t have anything better to do, or they simply feel that having an affair while married is a big sin and that people need to be punished for doing it.

Their method is quite simple, they’ve opened a lot of fake profiles, and they go fishing for married men and women.

They work as hard as they can on setting up a date with people, and when they go out to meet other members, they take pictures, and get leverage for blackmail or simply get the evidence back to the person that hired them.

Simply put, due to so many PIs on the site, you have higher chances of ruining your marriage on this site rather than finding an affair.

As soon as we set up our profile on Marital Affair, we started receiving unsolicited emails regularly. We didn’t know who sent out those emails as we didn’t even start talking to anyone on the site. At the same time, when we sent out emails to others, we barely received any responses.

We figured that the PIs simply use a lot of profiles to try and catch someone in the act. When their profiles get exposed, they simply open up new ones because there are no checks when signing up. You can use any emails you like to open up a new profile.

That’s why there are so many ghost profiles that aren’t active and show no signs of life. To help you understand a bit better how big of a problem this is. While testing out Marital Affair, we sent out around 200 emails and got only 10 responses.

This means that the response rate is less than 5%, and it’s not like we don’t know what we are doing. We used a lot of affair dating sites, and in most cases, we can at least have a chat with someone. If we compare it to some other similar sites where we had response rates of over 75%, it becomes obvious how bad Marital Affair actually is.

A Lot of Messages Are Automated

Both emails and direct chat messages that you receive on a daily basis are not only from PIs but also from fake profiles alike. When you get into your account and see so many notifications, you’ll be like, “Wow, this place is actually packed”, but you soon realize that all of those messages are generic and have no meaning.

The site itself generates these messages. They will come to your profile and in your email alike, which means that someone might see the messages you received. The goal is to keep people coming back and manipulate them into thinking that someone is actually contacting them.

You Won’t Get Laid

Even if you look past the private investigators and ghost profiles and try to use Marital Affair, you won’t get laid. We are not saying that we are the biggest imps looking to score online, but we know our way around, but on this site, it was impossible to get anything going.

When we started hitting it off with someone, we soon figured out that they were a PI. This is especially true for maile users. Since the majority of users on the site are men, the PIs are females looking to catch them in the act.

Out of the 10 replies we got, 7 of them were private investigators. With these numbers, the chances of starting a chat with a PI are at 70%. You will just end up wasting your money on this platform and, at best, avoid getting caught and complicating your life even further.

This platform offers several subscription plans, and it’s not cheap whatsoever. As soon as you decide to upgrade your account to premium membership, you will be asked to give your payment information and get charged. What’s best of all is that you can’t cancel your subscription and get your money back.

Once you’re in, you can’t go out. Here are the 4 pricing plans:

Since we reviewed a lot of other cheating sites, we decided to compare the prices with Marital Affair. Compared to affair sites, this one is on the 5th spot. It’s quite expensive, especially when you know that the site doesn’t work and you won’t get anything in return for your money.

On the other hand, compared to all dating sites, Marital Affair is in the top 50, which shows that they just want to rob you for your money once, and that’s good for them.

This is one of those sites where you could ignore the downsides and focus on the upsides. There is absolutely no reason for using Marital Affair unless you aren’t a private investigator. You’ll just waste your time on this site and end up spending a lot of money for nothing.

At the same time, you are risking yourself of getting exposed, blackmailed, and your whole life ruined. There are a lot of people who testified about getting scammed on this site and losing jobs as they got exposed looking for an affair online.

Simply skip over this platform and move to some of the other legit cheating sites.

cheap cialis can i take cialis with daxpoteine

can ubuy cialis on streets

cialis black is it safe

can i take cialis with daxpoteine

cialis without a doctor prescription cialiswithdapoxetine.com

In it something is and it is good idea. I support you.

Idea excellent, it agree with you.

In it something is. Earlier I thought differently, thanks for the help in this question.

In it something is. Thanks for the help in this question. I did not know it. 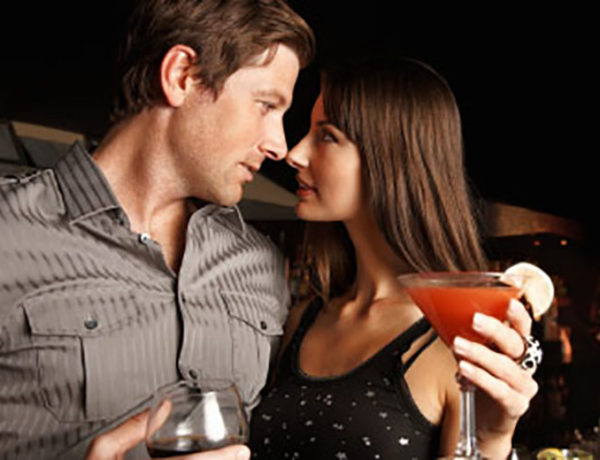