There are a lot of problems you face when you're looking for a reliable affair dating website. The most prevalent issues in question are privacy issues, chances of being scammed, and, most importantly, the lack of hot dates available. HushAffair is a dating website plagued by these issues, and we're going to be reviewing it today.

We’re not too keen on websites that promise things they simply can’t deliver. HushAffair makes quite a lot of attractive promises but doesn’t seem to keep any of them. You’re not going to find your discreet, spicy, hot new affair on this website, no matter how hard you try.

It’s relatively hard to find any redeeming qualities here. It’s outright shady looking, and the overall experience that we’ve encountered is far from a pleasant one.

It’s easy just to talk about the many issues that the platform has, but we want to make sure you are aware of the possible threats that lurk on HushAffair. And trust us when we say – there are many of them.

Our goal is to offer our readers a short guide into affair dating websites, and what you could find in the sea of web dating sites; HushAffair is everything you should avoid during your little adventures on those type of sites.

HushAffair is an affair dating website centered around getting you a hot affair as fast as possible. The most significant issue is the apparent lack of people and security standards. There isn’t an option to see the terms of use or their privacy policy, which raises a lot of red flags, but we digress.

If we set aside the apparent lack of integral features, the website is one of those “free to sign up, pay to use” type websites. A closer look at the interface of the site will reveal that it’s riddled with grammatical and spelling errors.

The website is chock full of lousy grammar, advertisements, and seems to annoy the user to subscribe to their service continuously.

Reports and user reviews state that it’s outright filled with scammers. Whether the moderator team is in on it or has wholly abandoned the website remains a mystery.

If you’re still determined to give HushAffair a shot, we advise you to read the rest of our review to get the full picture.

This is going to be an honest, in-depth, insider review on the topic, completely free of any bias. We’re aiming to educate our users on the importance of internet safety and safe online dating through information, not biased opinions.

HushAffair.com is free to sign up for, but pay actually to use. Like on any other dating website, it’s straightforward to sign up for. The only pieces of information you have to provide are your:

The prime issue is that the site is either abandoned or purposely made for scamming innocent people. It is full of fake profiles, as we tried messaging many potential dates and wound up wasting precious time that could otherwise be spent having a fun affair.

What did we mean by free to sign up for buy pay to use? Well – while it’s technically free to make your profile and browse all of the “genuine, hot, potential dates,” it’s going to cost you a subscription to communicate with any of these people.

To only further our point, we’ve decided to try our best. We’ve subscribed to the site, and have sent a total of 500 different messages to 500 “unique” accounts. We’ve received a reply from only 70 profiles, all of which we’re pretty much uniform.

These replies were most likely botted replies, which were put in place to make us surrender our hard-earned money. We decided to investigate our “possible” dates; we ended up realizing that they were all fake profiles. They didn’t even bother to make fake profiles with good looking chicks.

We did wind up getting one reply that seemed remotely genuine, but it leads nowhere. Scarily enough, it seemed to be a catfish, which is a prevalent problem in the online dating community.

Being unaware of the dangers that lurk on dating websites could cost you a marriage, a ton of money, and precious time. After we signed in, it was the time to make another move, to start meeting attractive women ready to make out or at least prepared for a little bit of innocent flirting.

The positive features of the website are few and far between. You will need to know what you’re doing to use the platform correctly, as it’s home to one of the laziest designs in the dating world.

Not only is the design lazy, but you will also need to subscribe actually to use it. The only free thing about this free website is the no-charge scams that are abundant and the signup process. When you’ve subscribed, you can expect to get the following features.

As you can see, there are only a couple of different features and filtering capabilities available. There aren’t any live cams, live chats, group chats, or anything. It’s not only lazy in design; it’s another red flag.

It’s important to point out that most of these aren’t even features, only the most basic filtering capabilities.

Although those features mentioned above weren’t so bright, we came to another topic to discuss. What are the negative traits that HushAffair brings with it? It turns out that the apparent lack of positive features is more than made up by the abundance of negative characteristics.

To help paint a picture of how and these negative features are – we’ve decided to split them into three different points, all of which will elaborate on the faults of this dating website. It was a tremendous task to catalog all these faults.

There are many females, most of which are fake.

The website advertises itself as chock full of different women just waiting for an affair with you. Our research has concluded that there are many females – if you count bot profiles.

If there are real profiles, they are very well hidden. The few profiles that did seem genuine were very, very shady. Filled with different links, poor images, and spelling errors, these profiles appeared to be catfish, blackmailers, or other forms of scammers.

Someone fully conscious of their actions wouldn’t contact these “profiles” for the life of them.

Apparent lack of effort in every single aspect

You likely aren’t interested in blind dates, so you would prefer to at least see what your possible date looks like. Well, once you find an account with a profile picture on it, you won’t get much of it, due to poor picture quality. The point is to reduce the size and cost of operation of the website.

Whether it’s the fault of programmers working on the website, or if it was just released to the internet about ten years and left there, the website hasn’t seen an update in years. There aren’t any apparent moderators put in place to cut down on scammers, or encryption features to protect your data.

The terms of service and privacy policy do exist. The most significant issue about them is that they dangerously lack information. As a regular privacy policy would be a long text detailing every minute detail, the pieces of information that you get on HushAffair are all fluff.

Perhaps the most significant issue with the site is the lack of security. As stated above, there aren’t any active moderators here, and the site is completely lacking any powerful encryption. That means that your sensitive data is in apparent danger of leaking out to the public, and no one likes that.

The price tag is one of the main selling points of a website. If it’s expensive to use, it’s likely not going to garner much of a population. The easiest way to tell that it’s a complete scam is by observing the constant pestering by bot profiles.

No one would message a profile without a profile picture, except bots. As soon as you make your account, you’re going to receive an abundance of messages, all suggesting you subscribe to the service. You can read these messages before subscribing to the service at all.

Once you subscribe to the service and send a reply, the bots are going to disappear as quickly as they’ve emerged. The lack of real individuals on the site is only amplified by the lack of features, security, and discretion, all of which should be mandatory with these websites.

When you’re paying a considerable amount for such a website, you’re not only paying for the members and possible interaction. You’re paying for security and features. The lack of both should not deserve payment in any shape or form.

Upgrading Your Membership is Outright Dangerous

A mind-blowing fact about HushAffair is that you receive a message in mere seconds when you haven’t even had the time to upload a photo.

Don’t be impulsive, think twice before you subscribe to a dating site. If they are forcing you to become a premium member to use the website at all, that’s enough to suspect something is wrong here, isn’t it?

Upgrading to a premium membership is going to allow you to communicate with the populace. Even if most of it is fake, some of these members can be very suspicious individuals.

That’s the danger associated with HushAffair. You’re not only going to wind up shelling out a few dollars for a membership. If you have the displeasure of running into an actual scammer, you could wind up spending hundreds of dollars on keeping your data safe.

We all understand that this is a sensitive dating niche that requires a delicate approach. Any possible data leak could ruin your personal, marital, and professional life in no time.

HushAffair is a dating website straight from the depths of the wrong part of the internet. It’s riddled with security and privacy issues, which are only amplified by the absolute lack of features.

The design of the website is not horrible, but it is horribly dated. The lack of features and usability only works to paint a picture of a shady, scammer ridden, useless dating website.

You’re not going to find any hot dates here; only bot profiles most likely set up by the website’s staff themselves. Lack of education on the topic can wind up costing you a small fortune.

If you don’t pay up when you’ve given up your valuable information, you can wind up financially, maritally, and professionally ruined. Steer clear of this affair scam site.

It’s needless to say that you should avoid HushAffair, as it is nothing but a website riddled with different scamming mechanisms specifically made to ruin your day. Some of them aren’t that obvious to the untrained eye, so you might wind up further damaging your finances if you aren’t careful.

Why should you risk your marriage, your finances, and your job on a website as bad as HushAffair? There aren’t any redeeming features to it, and the small number of essential features aren’t even functional.

We suggest our readers steer clear of HushAffair, as it’s nothing short of an online scam operation. If you’re looking for real married dating sites, we advise you to check out the best affair dating sites out there. These are fully legit and will prove useful without a doubt.

There are no reviews yet. Be the first one to write one. 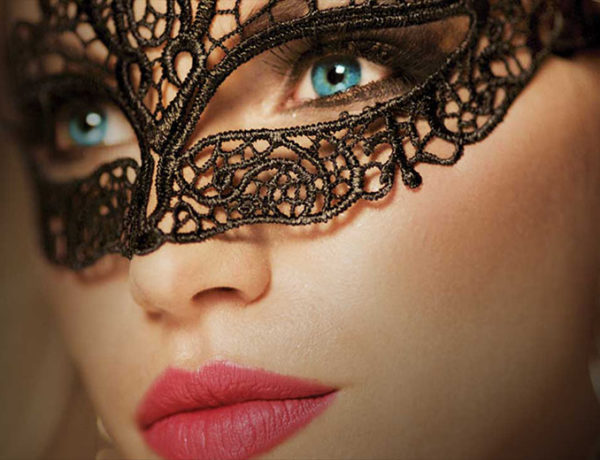 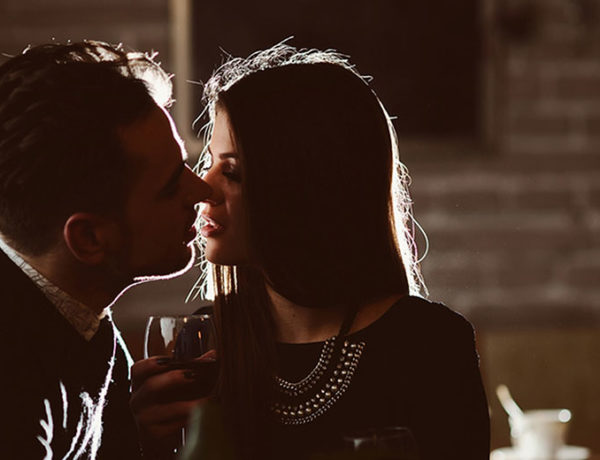 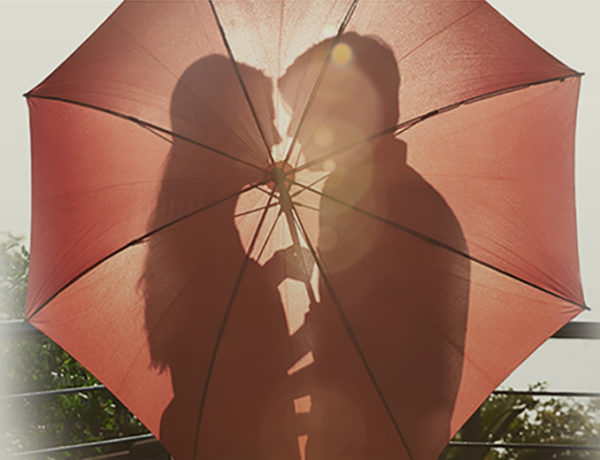 Get An Affair Reviews: Ideal for Those Who Love Wasting Their Money

Marital Affair Reviews: You Won’t Get Laid There